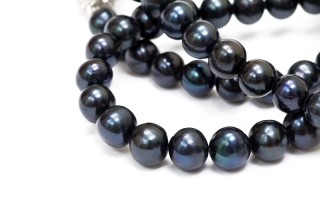 It was a lovely evening, just 5 short nights ago.  Eleven ‘o clock was fast approaching.  The evening news faded and my eyes were weighted with the heaviness that comes from a much-lived day.  That’s when I heard it.  The pitter-pat on the stairs.  (I thought they were all long fast asleep.)

The Man was there.  He asked her one more time.  “What is the meaning of this?”

“There.  Is.  A.  BEAD.  In.  My.  Nose.  And.  It.  HURTS!!!  Waaaaaahhhhh!!!”  Tears were flowing freely by this point.  Good grief.  *sigh*  I think I would have much preferred the bee/wasp scenario.  I have heard of kids doing such things and honestly, considering the nature of my sweet Lovey, I should count my blessings that we haven’t dealt with this sooner.  Keeping my full-on panic at bay, I told The Man we have to take her in.  There was no other way.

The Man was not happy.  The Man glared.  The Man disappeared.  The Man reappeared.  With a flash light.  Lovey howled as he inspected the damage.  “It’s past the sellion,” The Man declared.  (Yes. I had to spell check that word.  Several times.  And bonus points to the The Man for using it properly in a sentence.)

Okay… pretty sure I didn’t know what a sellion was, but I still voted for the ER.

“I am not driving into town at 11:00 pm.  There IS another way,” declared The Man.  Spoken like a man who had labored all the live-long day and was dying to go play a video game.  All the while, Lovey is crying her ornery little heart out.

The Man was not happy.  The Man scowled.  The Man disappeared (longer this time.)  The Man reappeared.  But not empty-handed.  Oh no.  He wielded a most frightening contraption beginning with a disassembled balloon pump and ending with my vacuum cleaner.

Full-on panic was no longer at bay.  I couldn’t watch.

“I promise not to suck her brains out,” he mumbled.

I retreated to the other room for the “procedure.”  The deafening sounds hearkened me back to a time when I was barely 16 and my hard contact lens was running amok on my eyeball.  The darn thing was suctioned to my eye with a death grip and I was at a loss.  My dad emerged with vacuum specialty of his own, only his version involved panty hose and a rubber band.  “Please don’t suck my eye ball out!” I cried.  “I won’t suck your eyeball out,” he mumbled.  But I digress…

The Man played his game.  Lovey and I cuddled on the couch.  And all was right with the world.

I’m not sure there’s a moral to this story other than the fact that I have men in my life who do strange and sometimes helpful things with a vacuum.